In August 2014, former Dragon's Den entrepreneur Theo Paphitis chose The Lilac Dragonfly as one of his 6 weekly #SBS (Small Business Sunday) winners.  Small Business Sunday was  born one Sunday (funnily enough) evening when Theo discovered Twitter while sat in his kitchen.  He decided to tweet to his followers to ask them to tweet him their small business and he said he would RT (retweet) the first six.  He didn't think anything more of it until the following Sunday when  people started tweeting him about their businesses.... so he started it as a weekly competition.

Every year since, Theo has thrown a winners event for all the winners (and a plus 1) to attend, network and listen to inspirational (and often hilarious) stories and advice from business experts.  I attended the event in 2015 and it was fantastic!!! Read all about it  here.  After last years fabulous event, I was unsure whether I would be able to go to future #SBS (flights and accommodation eat into silver wire spending money) but when my friend Sharon from Tiny Treasures Keepsakes won in August 2015 there was no question that I would go!  Sharon and I have been friends since 'meeting' on a craft forum many moons ago, we'd never actually met as she lives on the Isle of Man so popping out for a coffee wasn't feasible.  We finally met in person on Thursday evening at Birmingham Airport and it felt like we'd known each other for ever!! 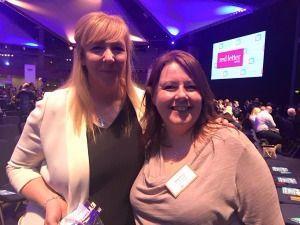 We shared a cab to our hotel and after a drama with a lost padlock key and big hacksaw (thank you Premier Inn, Brindley Place x) we had a lovely dinner with one or 2 glasses of wine.

The next morning we made our way down to the ICC.  The atmosphere was amazing. I am not usually so good with so many people about, but there was such a friendly vibe about the room it made me feel quite at ease.  I managed to find people I'd missed last year as well as chat to lots of new winners.  When it was time for Theo to do his thing, we found ourselves sat down next to Amy from Greenhills Cleaning.  Amy was another #sbswiw member, she was unable to go to  the event last year so it was fab to finally meet her.  We took the obligatory selfie of course... 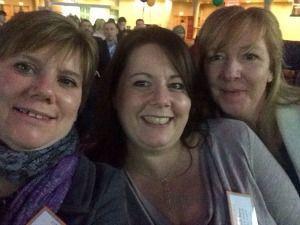 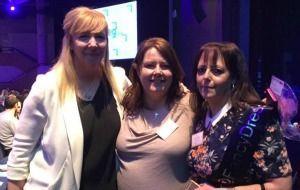 While Sharon was away getting her photo taken with Theo, I found all the other attendees who were once members of the #SBSWIW (#SBS winners in waiting) posse.  Of course the occasion was marked with a celebratory photo.... not sure where my champagne was though. 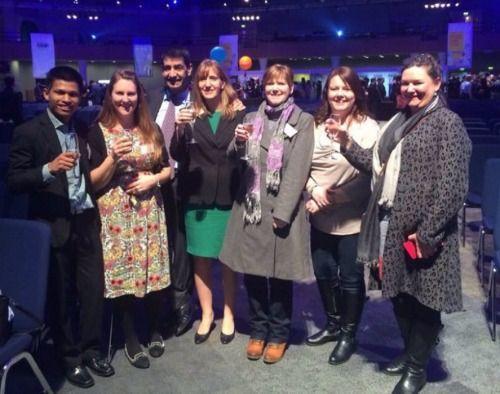 Was great to meet Susan and Aye (Aye Gardening) again and also to meet Claire Georghiades from Accounts Resource and Joy Bassett from A P Bassetts Solicitors all of whom were so supportive when I was tweeting Theo week in week out.

18 of us descended on Zizzi's Italian Restaurant at the Mailbox organised by Dylan Moore from Aqua Design.  A great time was had by all!!  Was fab chatting the night away with Jude and Gary from GWR Fasteners, although the walk back to the hotel was fraught to say the least.  We had to run the gauntlet of flower sellers and club/bar promoters who were really intimidating.... Birmingham City Council need to have words I think as it wasn't a pleasant experience.  Sadly the evening finished on a bit of a downer as I tore my calf muscle.  I wish I could say it was doing something REALLY exciting like dancing the night away, but very boringly it just went....and has been painful ever since.  This put paid to a planned shopping trip on the Saturday as I could barely hobble let alone walk to The Bullring so I spent the day catching up on my reading.

Oh.... nearly forgot, the goodie bag this year was super again.... Thank you Rymans, Robert Dyas, iLaw, Red Letter Days, & DHL for all the little goodies.  Inside was some heart shaped cupcake moulds...... here is what my daughter created this afternoon, heart shaped brownies.....yum!! 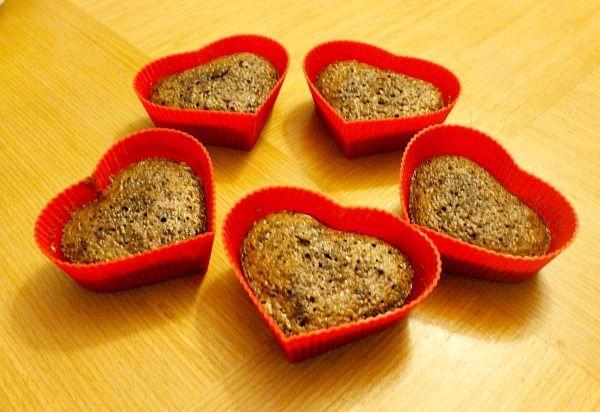 So that's my #SBSEvent2016 weekend.  I hope I didn't bore you too much!!  I just want to give photo credit to Ruth and Amy as I didn't take any photos. thank you!!

Already looking forward to next year!!

Thanks for reading xx