Every Sunday for the last 22 months I have tweeted former Dragon's Den entrepreneur Theo Paphitis in the hope of being picked as one of his favourite 6 business of the week.  During this time I have made a number of friends who formed a group with the hashtag #SBSWIW (SBS Winners in waiting)  I already considered myself a winner as the #SBS hashtag had brought us all together and the support and giggles shared within the group made tweeting between 5 and 7.30 on a Sunday evening worthwhile.

Last Sunday, despite nearly forgetting to tweet I was actually picked!!  Theo retweeted my tweet to his 440,000 followers.  I am only the second Jersey business to get picked and my Twitter feed went absolutely crazy with new followers and congratulatory tweets.  My website has never been as busy as it was that night and I was just overwhelmed by all the support I have received since.

I just had to screenshot Theo's retweet... 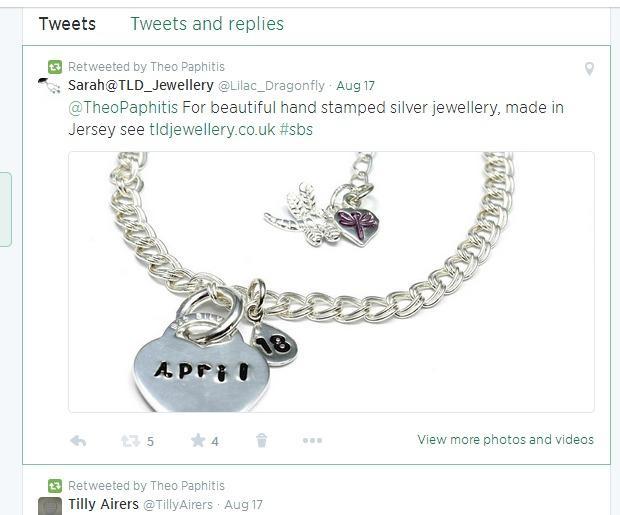 The Lilac Dragonfly is now on Theo's #SBS winner's website, and I'll get the chance to attend a winners event sometime next year and meet the man himself as well as some of the other winners that I have got to know through the #SBS process.  I can't wait!!

I had friends over from the UK this week, was fab!  We did a cruise along the South Coast of Jersey and visited Elizabeth Castle.  With work and Dragonfly I don't do the sights very often so it was great to be able to do this with one of my oldest, dearest friends. These photos were taken from the boat. 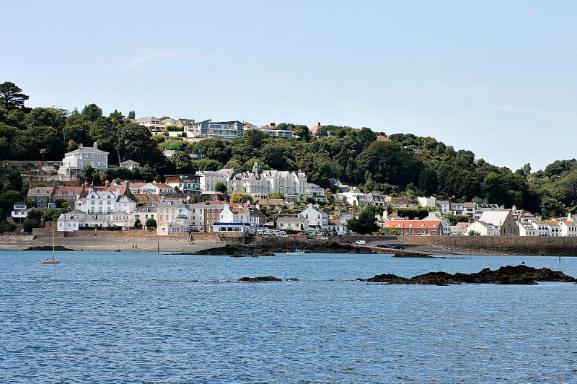 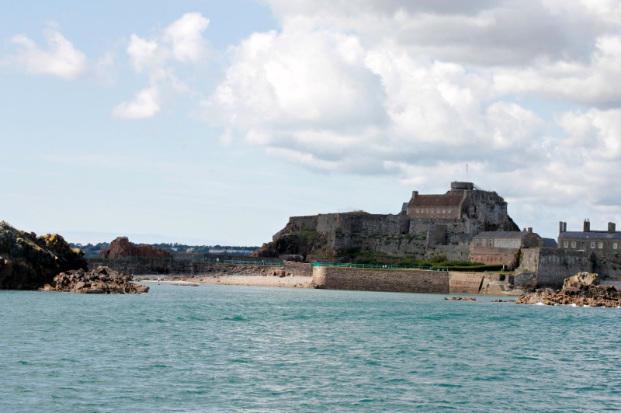 In other news.....To celebrate (or maybe I'm having some sort of midlife crisis),  I went and got a tattoo...of a dragonfly of course.  It's my first and probably my last, because, boy did it hurt!!  I also had my tragus pierced, your tragus is a piece of cartilage in your ear....that hurt too actually, but was pretty swift.  I will post a photo the the tattoo has healed at bit!

So, it's just over a week before I go back to the day job, I say go back to, but I am actually moving to college!  The student I support got great results on Thursday and is off to study A levels, and I get to go with him! Am sure I'll learn a lot!!  I'd better start getting my brain in gear as I haven't done great deal with it in the last 5 weeks!!

So, I'm off to wish everyone in the #SBSWIW group luck for this week's #SBS!